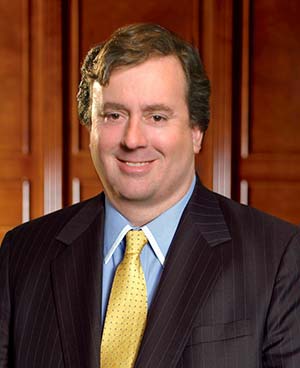 BILOXI, Miss. (January 17, 2013) – The 20th annual Southern Gaming Summit to be held at the Mississippi Coast Coliseum here May 7-9 will kick off with an opening keynote speech by Gary Loveman, Chairman, Chief Executive Officer and President, Caesars Entertainment.

Loveman will deliver the keynote address on May 8, the first full day of conference sessions at the Summit. His presentation headlines a program composed of over 25 breakout sessions and workshops.

“We are honored to have Gary Loveman, who is one of the brightest and most engaging leaders in our industry, deliver a keynote presentation at Southern Gaming Summit,” said Larry Gregory, Executive Director, Mississippi Casino Operators Association, which co-produces the event with BNP Media Gaming Group. “Gary and Caesars have long had a transformative impact on the national gaming landscape through their leading-edge approach to loyalty marketing. Our attendees will have great interest in hearing his views, both on the outlook for Caesars and for the gaming industry in general.”

Loveman joined Caesars Entertainment Corporation as Chief Operating Officer in 1998, after serving as an associate professor at the Harvard University Graduate School of Business Administration. He drew on his background in service-management to develop the gaming industry’s most successful loyalty and analytics program, Total Rewards, which boasts more than 40 million members.

Since being named CEO in January 2003, Loveman has presided over a period of growth that included the 2004 purchase of Horseshoe Gaming and the World Series of Poker and the 2005 acquisition of Caesars Entertainment, Inc. In January 2008, Caesars went private in a $30.7 billion transaction led by private equity firms TPG Capital and Apollo. In the wake of the recent financial crisis, Loveman has led Caesars’ successful debt reduction and liquidity improvement strategies, while also adding Planet Hollywood to the Company’s portfolio. Loveman was recognized as the gaming and lodging industry’s best CEO by Institutional Investor magazine for four consecutive years.

The opening keynote will be followed by a two-day Southern Gaming Summit conference program featuring 16 breakout sessions focused on a broad range of issues of interest to the commercial and tribal gaming sectors. The Summit’s companion show, Bingo World Conference & Expo Bingo, will offer nine breakout sessions, plus its popular Bingo U workshops. All Southern Gaming Summit & Bingo World conference attendees will have access to the full program.

There will also be plenty of networking opportunities available throughout the event, with the return of the popular opening day Global Gaming Women Luncheon at the Island View on Tuesday, May 7. Opening day will also feature a golf tournament at Caesars Grand Bear Golf Course; and a welcome reception that same night at Beau Rivage Resort & Casino. An opening night party follows on Wednesday, May 8, at the Hard Rock Hotel & Casino. Full details on every aspect of the show, including how to register, are available at www.sgsummit.com.