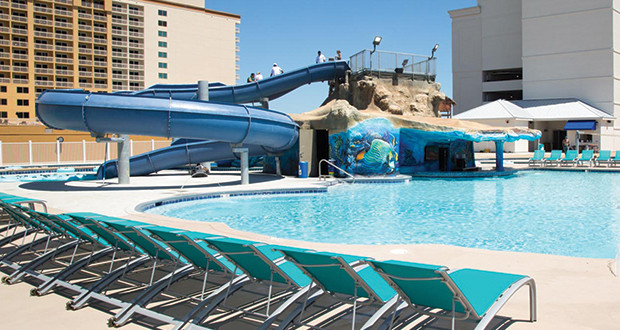 Biloxi and other tourist-friendly coastal cities are seeing new investment in non-casino hotel rooms with more planned. For a tourism market that had to comeback from Hurricane Katrina, the BP oil spill and then the recession, the additional rooms and new brands are making 2017 look promising.

Biloxi Mayor Andrew “FoFo” Gilich said in his recent State of the City address,  “When you look at the others in the works — the LaQuinta, the Hilton Garden Inn, the Watermark and Margaritaville Phase II — we have more than 700 new rooms in the pipeline for opening in the next 18 to 24 months. That’s an 18 percent growth over a two- to three-year period. This rate of growth of non-casino hotels is the most we’ve seen in decades, since the 1984 World’s Fair in New Orleans.”

“This will bring the total number of Biloxi hotel rooms to 8,032, or an 18 percent growth in a two- to three-year period,” he said.

“It tells me that money is loosening up a little bit and the developers are finally saying, ‘Let’s do it.’ The investors are wanting to be a part of it,” she said.

And it’s not just Biloxi that’s seeing new rooms inventory. In tiny Pass Christian, for example, one new boutique hotel recently opened, another is nearing completion and a chain motel property is in the works.

The Hyatt property is the first for the brand on the Coast, Hornsby said. “It used to be that a destination was measured by the presence of Hyatt, Hilton and Marriott. Now we have all three,” she said.

Some casinos have also invested in their hotels in recent years. In 2015, Island View opened its $58 million beachside tower with 405 rooms in Gulfport and Silver Slipper in Hancock County added a six-story hotel.

In his recent remarks, Gilich also pointed to the expansion of the Big Play Entertainment Center that offers arcade games, bowling, a laser maze, mini golf, bumper cars and go karts as well as the planned return to Biloxi of the Ship Island sailing excursions as stirring more interest among visitors.

Hornsby said the attractions, including the Coast’s popular charter fishing excursions, “give people another reason to come here” and she would like to see more.

She said she’s optimistic about room bookings in 2017 in spite of the fact that January wasn’t a good starting point compared to last year. For one thing, January 2016 had five Friday-Saturday and this year there were four weekends. There was no uptick from the Sugar Bowl, either.

“Still, if you look at 2016 year-end numbers, we are starting to see the numbers with plus signs in front of them instead of minus as far as percentage of change year over year,” she said.

Hornsby said Coast properties are booking a good amount of groups for conven-tions and sporting events. “That’s good because  not only does it bring in the num-bers we need, it also exposes people to the area that may not have been here be-fore. Then they can come back with the family on vacations.”

Room rates are “ticking up a little bit,” she said, because hoteliers are finding the right rate for the properties and are booking enough rooms at those rates.

“I’m pleasantly excited about this coming year,” Hornsby said. “This might be our year that 2010 was ramping up to be before the oil spill. In spite of January num-bers, I’m starting to have that same feeling for 2017.”