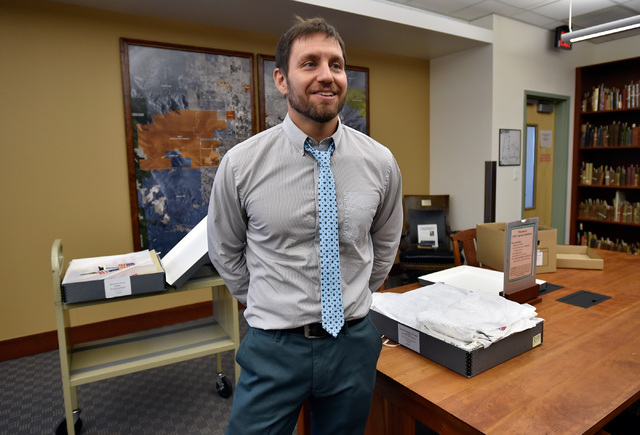 This time of year, David Schwartz, the director of UNLV’s Center for Gaming Research, crunches more numbers than an accountant on a tax-filing deadline.

If it has anything to do with revenue generated on a casino floor, Schwartz has a chart filled with historical data to explain its significance.

It was a busy time for Schwartz last week because the state Gaming Control Board released its December numbers capping another calendar year.

The state regulatory body operates on a fiscal year, but in January, it generates a few extra reports to give a snapshot of the industry for the year.

And Schwartz is there to scarf up the data and analyze it to give industry professionals and the gambling public a window into what they might expect on the casino floor in the months ahead.

One of the oddities that Schwartz uncovered this year is that the race and sports books in downtown Las Vegas generated more revenue than craps games there.

It stands to reason that casinos in that market, to grow business, might dedicate more resources to sports betting than the venerable dice game, which is a favorite to many gamblers because the edge the house holds is less when compared with other games.

Sports wagering statewide, in fact, did quite well in 2016 compared with 2015, worthy of note to proponents of the plan to legalize sports betting nationwide.

Schwartz also dug deeper into revenue generated by slot machines, usually one of the biggest money generators in the house because of volume.

In 2016, slot revenue was up 2.3 percent over 2015, the second straight year it rose, to $7.16 billion, and that’s with eight fewer nonrestricted casinos, the ones with more than 15 machines.

Statewide, slots had a 6.65 hold percentage; in other words, for every dollar players put in, they could expect just over 93 cents back.

Once again, penny slots ruled the slot floor, generating $3.06 billion of that $7.16 billion total, up 7.1 percent from the previous year. Nickel slots showed a 25.2 percent decline to $62.9 million.

Schwartz said there aren’t the resources to survey why, but a good guess is that gamblers just playing for fun aren’t so worried about losing pennies — though they add up to big bucks for the casino.

The other big casino revenue generator, baccarat, saw its third straight year of decline, 5.3 percent to $1.22 billion, though eight tables were added in 2016 to bring the total to an all-time high of 339 statewide.

Schwartz attributes the decline to a continued slowdown from Chinese players.