by MGHA
0 Comment
By Thomas Wilson and Emi Emoto | TOKYO 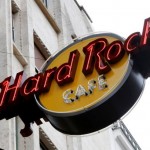 Global casino operators are stepping up their efforts to woo local partners and venue hosts in Japan, even though it may be a year before lawmakers lay out the ground rules for what could be the world’s second-biggest casino market.

Just weeks after Japan legalized casinos, major operators from MGM Resorts to Hard Rock Cafe International are jostling for pole position, while a team of just three dozen bureaucrats drafts a new law, due by December, on how to regulate the industry and choose operators and locations.

The likeliest option, political sources say, is for local authorities to team up with operators and bid for licenses to run integrated resorts – complexes with casinos, hotels, shops and conference space – putting the onus on the operators to form consortiums as early as possible.

“If the venue government needs to have a partner in place prior to the selection, we have to start moving now,” said a manager at a Japanese construction firm, which is looking to be involved in casino development.

The political sources predict Japan may initially approve two to three casinos, with locations and operators chosen by 2019 and the casinos open by 2023.

Just two casinos could bring in more than $10 billion in annual gaming revenue, forecasts brokerage CLSA, rising to $25 billion if more casinos are approved. Other analysts say Japan’s market could be worth as much as $40 billion a year.

With a wealthy population and strong tourist appeal, Japan’s opening up to casinos is welcome news for global operators impacted by China’s crackdown on corruption and currency outflows that has hit revenues in Macau, the world’s biggest gambling hub.

Keen to avoid losing out – as it did to Sands and Genting in Singapore a decade ago – MGM will this year boost staff and resources, it told Reuters without elaborating.

Japan attracted a record 24 million tourists last year, and sees casinos as a catalyst for more visitors and economic growth after the 2020 Tokyo Olympics.

“The opportunity that Japan represents is one of the most significant anywhere in the world,” said Alan Feldman, MGM executive vice president of global government and industry affairs.

International operators have said they will likely seek minority stakes in ventures with Japanese partners, who bring political connections and local expertise.

Hard Rock, which operates casinos in the Americas, said it had talks with local firms and banks in Tokyo this month.

Aware of widespread public opposition to Japan allowing casinos, the company said it has also discussed social issues such as gambling addiction with politicians.

“We should be transparent in explaining both the positive and potential negative impacts of an IR industry for Japan,” said Daniel Cheng, the firm’s senior vice president for development in Asia.

Tokyo’s prospects of having an integrated resort are hampered by its hosting of the upcoming Olympics and height restrictions likely to deter operators used to developing high-rise resorts.

That puts cities such as Osaka and Yokohama in a strong position, casino executives say.

In Kyushu, in the south of Japan, travel agency H.I.S. Co Ltd has proposed a casino at a theme park modeled on a 17th century Dutch town. The attraction’s management met casino operators this month, with more talks expected in February, a person with direct knowledge of the matter said.

On the northern island of Hokkaido, U.S. company Boyd Gaming Corp has met authorities in Sapporo, two people familiar with the matter said.

Boyd Gaming said it has visited Japan and other countries for meetings, and is monitoring developments.

“How the selection process plays out will result in different kinds of strategies,” said Grant Govertsen, an analyst at Union Gaming in Macau.

“Regardless of the structure, there will be significant interest from international developers.”