It was the second deal in a relatively short time for Big Fish. Churchill Downs, the owner of the Kentucky Derby, bought Big Fish Games in 2014 for $885 million. Aristocrat is clearly the latest company that believes that mixing gambling expertise (via its slot machines business) and non-gambling social casino games (where you can play virtual slot machines but can’t win real money) are a good fit.

Adam Krejcik, analyst at Eilers & Krejcik Gaming, issued a report today analyzing the deal. In the past 12 months, without the Big Fish results included, Aristocrat’s game divisions made an estimated $292 million in digital revenue in the period ended September 30, up 41 percent from a year earlier. In the third quarter ended September 30, Eilers & Krejcik estimated that Aristocrat generated $93 million in revenues in social casino games, up 63 percent from a year earlier.

Aristocrat, which has 5,000 employees and started making gambling machines in 1953, has been making big moves. In 2014, it bought Video Gaming Technologies for $1.3 billion to bolster its gambling machine business in North America. And it paid $500 million for Israeli mobile game publisher Plarium. Aristocrat will be behind only Playtika, which was acquired by Chinese game companies, in the social casino games business.

Above: How Aristocrat’s revenue will look after acquiring Big Fish Games.

“The surprise announcement to acquire Big Fish for nearly $1 billion combined with its recent acquisition of Plarium for $500 million will transform Aristocrat’s digital business into a business that should generate in excess of $1.1 billion in revenues and $250 million in [EBITDA, or profit before taxes etc.] next year,” Krejcik said. “Following the acquisition of Big Fish, we expect Aristocrat will be the No. 2 social casino publisher worldwide. Additionally, Big Fish (along with Plarium) will help expand the company’s
addressable market opportunities as it relates to social games.”

The deal is expected to close in the first quarter of 2018, pending regulatory approval. If it executes on the revenue expectations, Aristocrat could become a bigger game company than rival Zynga, which has a $3.5 billion market value.

It seems like an exciting opportunity, but it’s not clear why Churchill Downs would have acquired Big Fish Games and then sold it off so quickly if this marriage of gambling and social casino games was really a great idea. The physical gambling market is a big business in the hundreds of billions of dollars worldwide, but its growth is slowing. Digital gambling is growing, but younger gamers are drawn to different kinds of games. Social casino games offer a kind of diversification, at least in terms of audience type, for the gambling companies. And someday, the social casino game players may graduate to gambling games. 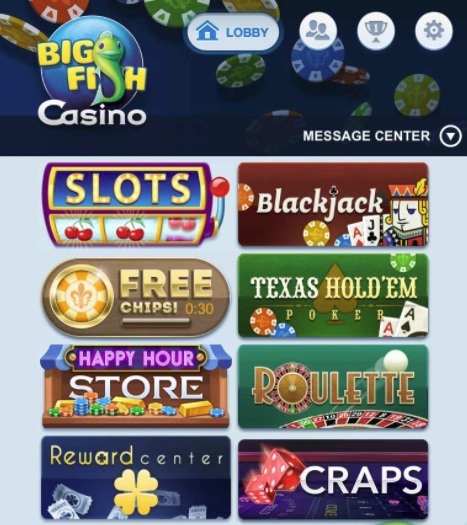 Aristocrat paid 11.9 times EBITDA and 2.2 times revenues for Big Fish Games, which puts its valuation at the upper end of recent transactions. But the price is roughly the same multiple that Churchill Downs paid when it bought the business a few years ago.

Krejcik said that the acquisition has some risks, like the difficulty of merging two large-scale social gaming companies. Aristocrat’s studios will be far flung across London, San Francisco, Israel, Ukraine, Seattle, and Oakland. All of the deals will have a “transformational impact” on Aristocrat’s business, Krejcik said, and it will diversify the companies revenues across the digital games opportunity.