by MGHA
Comments are off
October 02, 2017 By Katie Barlowe

While the August 26th fight between Floyd Mayweather and Conor McGregor didn’t live up to the hype, outside the ring Nevada sportsbooks were definitely not disappointed. 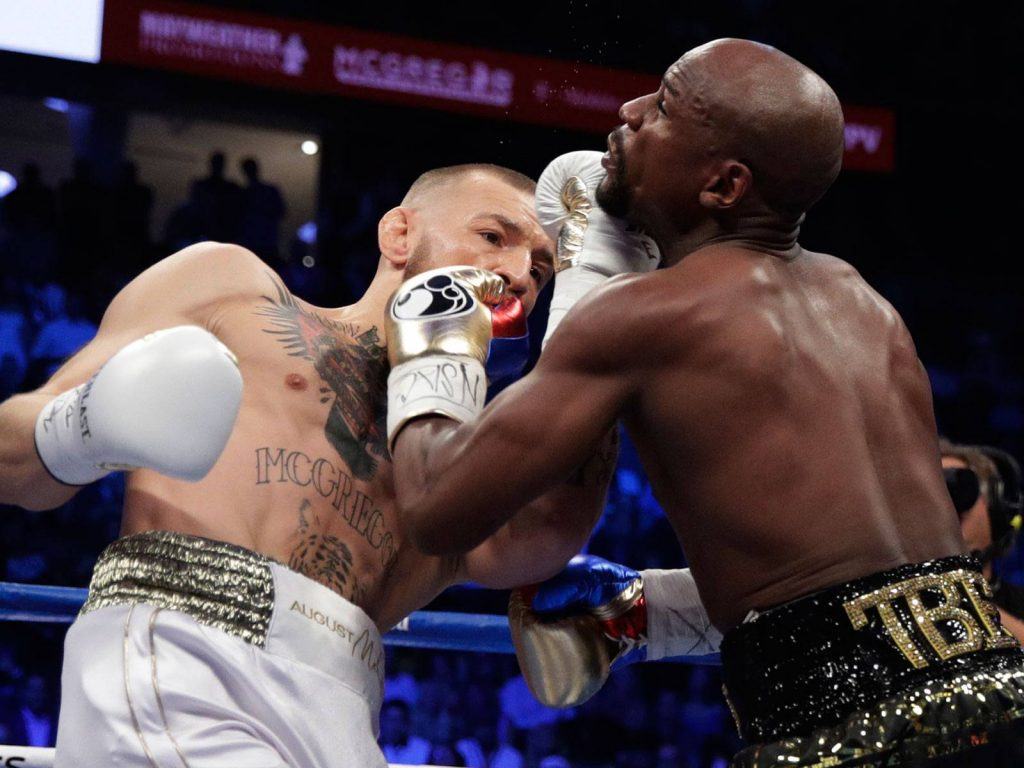 The Nevada Gaming Control Board estimated that $65 million was wagered on the August Floyd Mayweather-Conor McGregor fight. (Image: Getty Images)

The Nevada Gaming Control Board estimated that $65 million was bet on the bout, shattering the previous record of $50 million in the Mayweather-Manny Pacquiao event in May 2015.

The spectacle at T-Mobile Arena in Las Vegas was part of an impressive month for 18 establishments the governmental organization monitors throughout the state.

The two boxers, along with NFL preseason, baseball, and the beginning of the college football season earned $73.6 million.

“This fight was a tremendous event from a gaming win perspective for not just sports wagering but also table games and slots,” said Michael Lawton, senior research analyst for Nevada Gaming Control. “I felt that this fight would live up to the hype and deliver a great month for statewide gaming win, and it did not disappoint one bit.”

While fans of the fight were in the city they were not only placing bets on Mayweather or McGregor, but active at the casino’s table games as well. Gaming revenue was $841.6 million in the Las Vegas area, up 16 percent from the same time a year ago. Strip properties accounted for $545.5 million.

Lawton told the Las Vegas Review Journal that they thought the month would be a good one and a potential record breaker.

“The month of August was very successful, the fight was a tremendous event and was a large contributor to gaming win for not just sports wagering but also table games and slots,” he said.

Vegas Not the Only Victor

Bookmakers across the pond did equally as well. Betfair, which is based in the UK, told ESPN that it received $79 million on the fight, the most money ever placed on any sporting event. The most money wagered on a soccer match was the 2010 World Cup final between Spain and the Netherlands, which generated approximately $64 million.

It helped that Mayweather’s opponent was an Irishman. The mixed martial artist has been one of that countries most popular athletes and a majority of the money was placed on him. The site also said that around $16 million was bet in the final five hours leading up to the contest.

“It could be a while before we see money like this bet on a fight again,” Betfair spokeswoman Katie Baylis told ESPN.