Last week, Gamblit Gaming, a real money skill-based gambling platform developer based in Glendale, California, announced that it has raised $25 million in “new growth financing” that will assist in the company’s ongoing expansion. 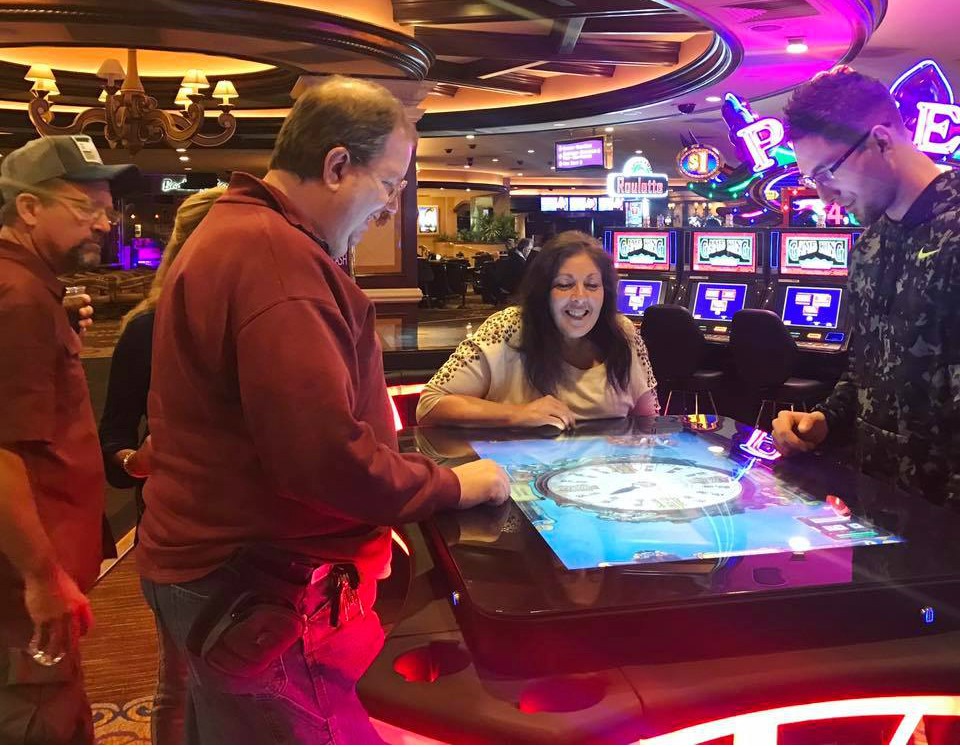 Skill-based gaming is the buzzword for casinos in attracting new patrons to their resorts, but some remain skeptical (see man on left). (Image: Tyrone Siu/Reuters)

The makers of the Model G interactive gaming table, which are now live in Las Vegas at select MGM and Caesars properties, explains in a presser that the capital will be used to develop new innovative offerings that will ideally appeal to younger demographics.

“As Gamblit prepares for full commercial launch of its gaming products in Las Vegas and other gaming jurisdictions, we’re confident our new investor relationships will drive growth as they share in our vision,” Gamblit Gaming Chairman Miles Arnone declared.

Model G is an interactive gaming table that allows up to four gamblers to stand around a display to compete cooperatively or competitively with real money. The outcomes of the skill-based games don’t depend entirely on chance, but utilize elements of aptitude.

Slots and simple games of chance are a dying breed, at least according to many gaming experts. The typical millennial doesn’t seem as interested in the low odds category, favoring instead formats that utilize one’s ability into dictating potential wins.

But longtime law in Nevada mandated that gaming machines must offer the same odds for one player to the next. That changed in 2015 when the Silver State approved “flexibility in payout percentages or the outcome of a game as determined on the basis on nondiscriminatory factors.”

In Nevada, skill-based platforms are required to have a minimum payout rate of 75 percent. Atlantic City adopted similar measures, though payouts must be 83 percent or higher.

Caesars was the first major casino operator to partner with the millennial-focused gaming developer. Gamblit Poker and Cannonbeard’s Treasure debuted at Planet Hollywood in Las Vegas in late March. Caesars then brought the games to the Linq and Paris as well.

Caesars and MGM both say they’ll expand the innovative formats into more casinos should the test period be a success.

Since Gamblit Gaming is a private company, it isn’t required to file financial disclosure documents, meaning those behind the $25 million buy-in can remain anonymous.

The large sum would perhaps seem risky for a relatively new company. However, Gamblit’s ability to reach deals with MGM and Caesars, the second and fifth-largest casino companies in the world in terms of annual revenue, presumably makes the emerging technology provider an attractive wager.

Gamblit is optimistic about its future, and says the soft launch with Caesars and MGM has been well received by patrons.

“There is significant demand from casino operators for our innovative products,” Gamblit CEO Eric Meyerhofer disclosed. “We have begun to launch field trials in Las Vegas … and play engagement has been very strong.”