Virtual Reality Casino Games Could be the Future of VR

The hot topic among tech companies and enthusiasts in 2016 was undoubtedly virtual reality. With casual consumers being exposed to a new world of gaming opportunities for the first time as Oculus Rift, HTC Vive and PlayStation VR began shipping their products, the mood among analysts and experts was buoyant. In fact, if a 2016 report by Digi-Capital holds any weight, then we could see virtual reality (VR) and its tech cousin augmented reality (AR) become a $120 billion industry by 2020.

Although there’s a long way to go until 2020, we can already see signs of the VR industry evolving beyond the already-“traditional” headsets. For example, back in November 2016 we brought news of the world’s first VR enabled smartphone. Affectionately known as the Darling VR Smartphone, the device has an in-built camera that allows the user to record 360-degree panoramic scenes that can then be used for VR live streaming.

Despite being positioned in an industry that has yet to fully find its feet, major virtual reality developers are already looking towards the future and where the technology could take us. One direction a number of gaming companies look to be heading towards at the moment is VR gambling. Already a sub-sector of the gaming industry as a whole, iGaming has become a $50 billion market since the turn of the millennium. Naturally, alongside growth comes innovation, and the leading software developers are now turning to VR for their next ventures.

Indeed, when you look through a list of online casino software providers, you’ll now see that almost all of the top players are testing VR products. For instance, looking at review site Online-Casino-Canada.ca’s noted software developers, Microgaming stands out as one of the most innovative. According to the review site, this company has been in operation since 1994 and currently offers 600+ online casino games. Using this pedigree and experience, Microgaming has recently moved to push the boundaries of what’s currently possible.

Microgaming VR Roulette was first previewed at ICE Totally Gaming 2016. Housed inside a specially made CRYO Lab, the game combined Oculus Rift headsets with Leap Motion 3D controllers. This cocktail of technology allowed the company to successfully create a virtual casino setting where players could pick up chips, spin a roulette wheel and collect bets. As well as winning the Digital Product of the Year at the Global Gaming Awards, the prototype has inspired other iGaming developers to play with VR. 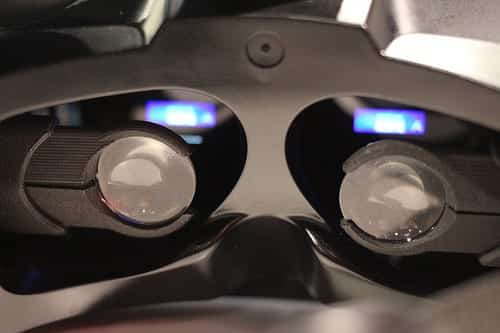 In 2017, another company on the review site’s list, NetEnt, announced the launch of the world’s first VR slot. Taking one of its most popular games, Gonzo’s Quest, the company has redesigned the format to work in a VR setting. Set to be rolled out at some point in 2017, the game features a 360-degree environment, interactive characters, and jackpots that rain down from the sky.

Although these products are still in a developmental stage, it’s certainly a taste of things to come. In fact, a study by Juniper suggests that VR gambling alone could be worth just under $520 million by 2021. With established operators already testing out new products and mainstream names likes Samsung and Facebook also eyeing up the idea of VR betting, the industry could grow by 800 percent in the coming years according to Juniper’s analysts.

If this proves to be the case, it would make gambling one of the largest players in the VR industry. Although other entertainment and advertising sectors are likely to play a significant role in the evolution of VR, it seems as though gambling may just be the thing that helps make it a mainstream hit.