No casino, but Margaritaville Resort Biloxi provides an ‘escape’ and more

Once…twice…three times a resort. Margaritaville Resort Biloxi, to be exact. 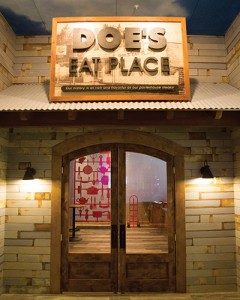 “This development means so much to Biloxi and the Gulf Coast on so many levels,” said Gilich. “It transforms a site that had been dormant since (Hurricane) Katrina into a $100 million development, creating 600 jobs and nearly 400 brand-new hotel rooms.”

Aptly-named Escape, the entertainment center’s other attractions include a 40-foot volcano rock climbing wall, two multi-game golf simulators and six boutique bowling lanes. Paintings by local marine artists Marty Wilson and Jody Barrielleaux Barrio are scattered throughout every corner of Escape, including the waterpark that is reserved for hotel guests, and even into the elevators.

“The resort is another example of the recent resurgence of family attractions and hotels on the Mississippi Gulf Coast,” she said. “We believe it will be an attraction for all ages with the amount of diverse amenities offered on-property.

The brand’s first proposed Biloxi resort, a planned $700 million casino and hotel, was delayed by the economic downturn of the late 2000s. A much smaller second casino located off Fifth St. eventually opened but failed in 2014 due to bankruptcy.

“There’s no comparison to the two previous Margaritavilles,” Gilich offered. “One never really got off the ground and the other had no hotel, few amenities and, consequently, was unable to attract people to its location.”

Unlike the first two incarnations, Margaritaville Resort Biloxi has no casino. Instead, the resort’s vibe is aligned with the escapism that has become synonymous with the laid-back lifestyle of singer Jimmy Buffett and his ‘ParrotHead’ fans.

Due to limited meeting space, it’s not likely the new Margaritaville will compete with other Gulf Coast properties for large conventions. However, the mayor said the resort will still be a draw to pull convention traffic to the Gulf Coast.

“The state-of-the-art and unique amenities that it brings to the table will be huge in helping other properties lure conventions to our community,” Gilich said. “Hotel operators up and down the Coast will be touting Margaritaville in their pitches, along with our collection of museums, historic sites, great shopping and the natural beauty of our location.”

William Brantley, who moved to Ocean Springs from Jackson five years ago, is a self-proclaimed Parrothead and Buffet fan.

“Margaritaville is a feeling, not a place,” he said. “Jimmy Buffet understands his brand and the whole ‘cocktails and palm trees’ culture. We already have enough casinos on the coast, so I am happy to see that this place will offer everyone another entertainment option.”

According to a recent New York Times article, over 400 Margaritaville-themed items are sold on home-shopping giants HSN and Frontgate.

“I’ve bragged about Margaritaville (Resort Biloxi) in five states over the past few months,” said Gilich. “For some time, people have said we need more (entertainment) diversity and this is a huge step in that direction.

“I certainly believe we are going to attract more visitors with this family-oriented destination resort.”

Margaritaville Resort Biloxi developer Cono Caranna did not respond to messages seeking comment for this story.