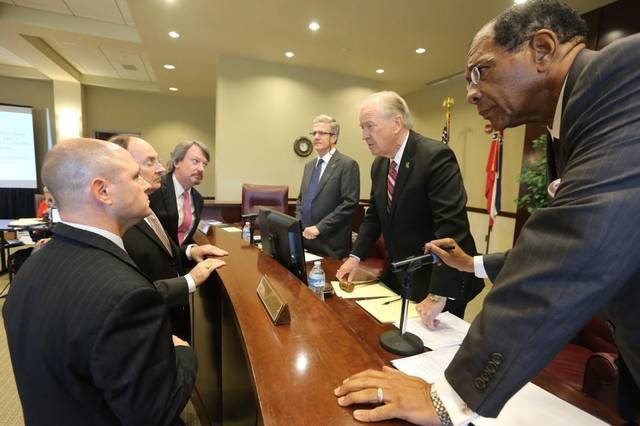 A day before the deadline, Diamondhead Real Estate on Wednesday joined RW Development in appealing the Mississippi Gaming Commission’s rejection of site their casino sites in South Mississippi.

Both sites were denied March 16 during a meeting in Biloxi.

The appeal said the recommendation by Executive Director Allen Godfrey to deny site approval and the commission’s decision were not supported by any evidence.

The commissioners left the March 16 meeting at Hard Rock Casino Biloxi without comment after the rulings.

Attorney Michael Cavanaugh says the state Gaming Commission denied casino applications despite the evidence that the sites are legal.

RW Development filed an appeal in Harrison County Circuit Court on March 30. Company owner Ray Wooldridge had applied to build a casino at U.S. 90 and Veterans Avenue in Biloxi but has been turned down twice. The first time was in 2008.

The Jacobs site also has been rejected before, in 2014.

Biloxi attorney Michael Cavanaugh represented both developers and Biloxi attorney Gerald Blessey also represented RW Development before the Gaming Commission. The appeals in both cases say no evidence was submitted at the Feb. 16 hearing in D’Iberville to contradict the location of the mean high-water line, which the developers say shows these are legal sites. Both appeals also say the commissioners went into executive session, in violation of the Gaming Control Act and state open meeting laws.

Both appeals request written reports explaining why the executive director recommended denial and why the Gaming Commission voted to deny.